Bush needs to put his priorities in check 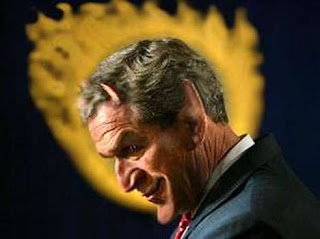 Bush wants more money for a war that we were not supposed to start and are not winning. Want to know where this money is going? From Huffington Post:

"The amended foreign aid request in President Bush's supplemental package would fund infrastructure and development projects in Iraq and Afghanistan and extend to projects beyond the Middle East. That could provide Democrats with added leverage in their battle with Bush over unrelated domestic spending. Afghanistan is a major aid recipient in the amended request -- about $322 million would be for diplomatic operations there, including $160 million for construction of residential housing and the remainder to provide security for U.S. personnel. Another $100 million is included to help prepare for that country's elections in 2009 and $225 million for the central government to help extend its reach and build trust in outlying regions. The request would provide $115 million for power generators in Kabul and electric power in the northern part of the country and $5 million is for "reconstruction opportunity zones" to help build the economy. Another $50 million would be used to build a road from Kabul to Bamiyan in central Afghanistan, and $5 million is included to help protect Afghan President Hamid Karzai. Iraq would receive about $239 million for the U.S. embassy in Baghdad, while another $125 million would go for economic aid, including $100 million for restarting state-owned enterprises and $25 million for a new private-sector development fund. Another $240 million is requested for Iraqi refugees, with about $160 million to aid refugees in Syria, Jordan and Lebanon, and $80 million to aid displaced refugees inside Iraq."

All for a grand total of $46 billion dollars. 46 BILLION DOLLARS!!!!! And to put things in perspective: