Sex and the City - Haven't seen it? Don't read it!

God, first of all, I went through SO MUCH EFFORT to avoid reading or running into spoilers of the movie. First, while the movie was shooting, there were pictures everywhere of scenes taking place and I AVOIDED them. Second, the movie just came out Friday, yet there were spoilers swarming around since Monday or so - and I went through great lengths to avoid them. Then, out of no where, one of my favorite blogs, Jezebel, did this to me: 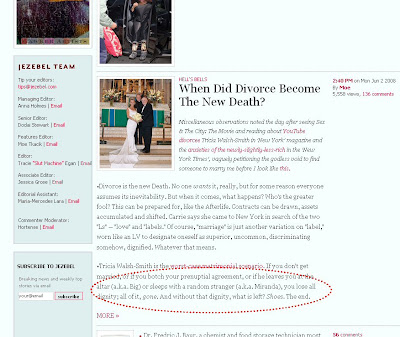 Fucking effort down the drain. Anyways, moving on....

So the movie was all in all not that bad. Same of the old stuff, just regurgitated into today's living (iPhone, etc. - which by the way, what the hell kind of fashion icon is Carrie if she still has the same bedazzled pink cell phone that she had THREE YEARS AGO? I don't even have the same phone I had last year!). I cried, laughed, got pissed, laughed, balled and laughed again. I liked it! So shoot me!

So a few pics from the movie:

Carrie and Big get a fucking classy and huge apartment. She has to move. They are getting married. The girls decide to help Carrie pack. We see the dreaded tutu outfit: 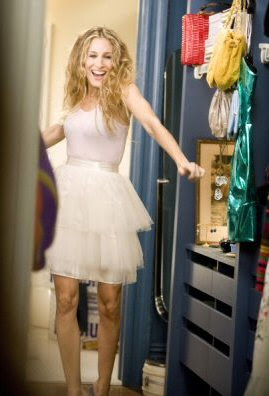 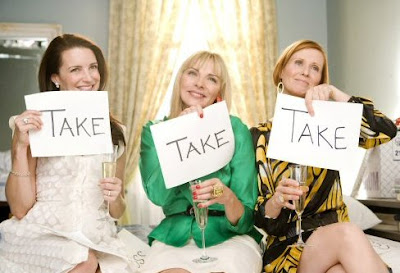 Big "stands" Carrie at the altar. Kind of. He just couldnt go through the fiasco of getting married in a library. I couldn't either.

The honeymoon was supposed to be in Mexico. Instead, all 4 of them go and Carrie tries to work through this mess. It reminded me a bit of my engagement breakup (I admit I balled during this time). But all in all, the end result is that they have a good time and Charlotte shits in her pants, which makes Carrie laugh.

Carrie gets her apartment and her shit back - so she hires an assistant to help her sort through this time. Enter JenHud. 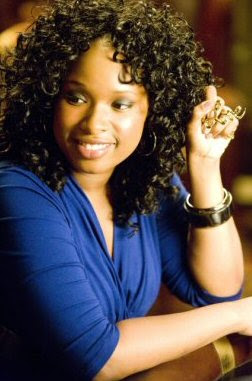 Steve cheats on Miranda. She busts his balls for months. They end up getting back together. Barf.

Charlotte gets pregnant. She gets into a fight with Big resulting in her water breaking. Drams.

Samantha is still with Smith, living in L.A. Samantha gets a dog that humps everything in sight. Sound familiar? Its a cute dog! They break up at the end though.

Stanford and the wedding planner hook up. You see! - you can hate someone's guts and still want to fuck them! And who knows? True love :-)

Ok so let's get to the REAL STAR of the movie - Samantha's neighbor, Dante. Oh lord, I would KILL for a neighbor like him. Oh, and we get to see the peep too. 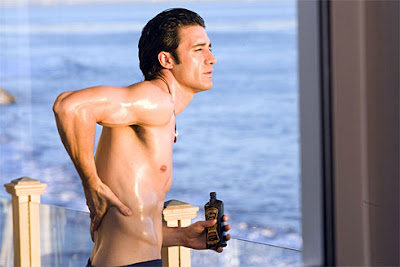 His name is Gilles Marini. Actually, I don't care what his name is - here are some more pics of this fine specimen. Hellooooooo summer!! 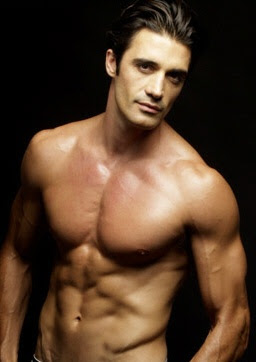 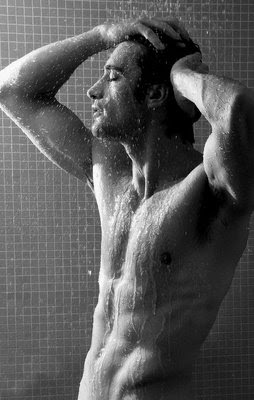 Labels: sex and the city